While selecting your Betta fish pet should be based on personal tastes, the Crowntail betta fish is a popular choice, and for several reasons.

The following Crowntail Betta Overview & Care Guide will cover the things you need to know about caring for your pet. A Crowntail showcases a beauty that domestic breeding can produce. The Crowntail is also a good starter pet, so let’s get you going with the latest information…

What Are Crowntail Betta Fish?

A Crowntail is a beautiful variety of Betta, also known as the Siamese Fighting fish.

The Betta fish has the scientific name Betta splendens, and it is native to freshwater settings in Southeast Asia (including Indonesia, Malaysia, Thailand, and Vietnam). There are many types of betta fish with different tail aesthetics. 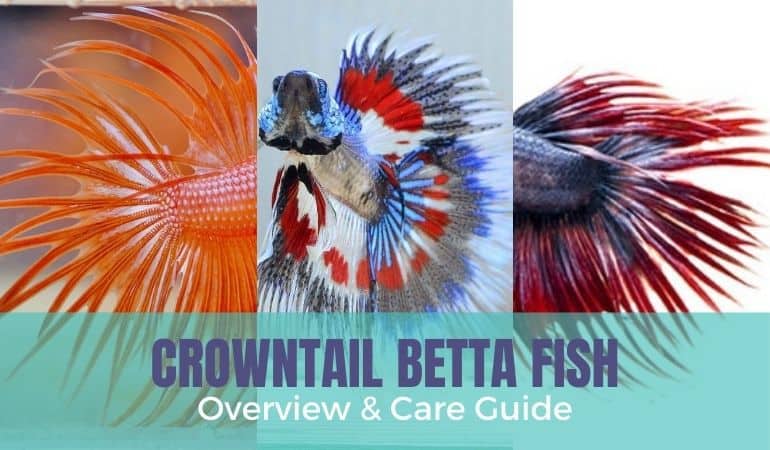 What Are Crowntail Physical Characteristics?

The tail of the species is what makes the Crowntail standout.

They lack webbing between the rays on the fins. The webbing stops well short of the peaks, giving a spikey appearance (and unlike the Combtail Betta, this distinct feature resembles an upside-down crown instead of a comb).

The caudal fin is less pronounced on female Crowntail Betta, but it is bigger on both sexes than on some Betta fish varieties.

Crowntail expresses a multitude of colors and color patterns. You will find that most Crowntail has black or dark brown bodies. Iridescent scales highlight in hues of blue and green.

Fins will display brighter tones. They are usually blue and may have red along the tips.

How big will your Crowntail get?

The Crowntail will get to about 2.5 inches in length as a fully mature adult. Some Betta can get up to 3.0 inches, but that is the exception and not the rule.

Most keepers will purchase an adult Crowntail. You may find adolescent Betta fish at local stores or breeders, but chain stores and most online sources sell adult Crowntail that will have almost reached maximum length already.

Crowntails are a labyrinth fish

The scientific community has created a suborder of freshwater fish that possess a labyrinth organ. That lung-like organ allows the Betta fish to breathe air. The suborder is Anabantoidei, and these fish go by anabantoids, labyrinth fish, or gouramies.

While the labyrinth organ will allow your pet Crowntail to survive in environments that are low in oxygen, you should keep them in a properly oxygenated aquarium. Stores may sell Betta fish in cups or bowls, but these living conditions will lower the Crowntail Betta lifespan.

What is the Crowntail Betta lifespan?

You can expect your pet Crowntail to last between two and three years, which is a standard lifespan for Betta fish. You may read about Betta that lasts up to five years, but that represents a Crowntail Betta lifespan from birth to death under ideal conditions.

You will most likely buy your pet Crowntail as an adult, which means that it has already been alive for a year or more.

Like all Betta fish, Crowntail has a naturally aggressive disposition. That disposition has increased through generations of selective breeding among Betta fish keepers. After all, your pet’s ancestors were fighters.

Can Crowntail be kept in community settings?

You should never keep more than one male Crowntail in a community tank. While we feel this Betta fish is easy for beginners to care for, it requires more experience when housing with others.

You can house Betta fish with other species if chosen carefully. However, you must watch the aquarium activity and be prepared to act.

Avoid tankmates with aggressive behaviors or that are larger than the Crowntail. Tankmates with large fins may become targets of nipping.

Bottom-dwelling species, like catfish, are a good choice. Tankmates that live towards the lower levels of the aquarium will not swim in the middle or upper layers that Betta fish prefer.

Peaceful species, especially those with smaller fins, can make potential tankmates. Consider something like neon tetras that will add color and motion to the fish tank but will not act aggressively towards your pet Crowntail.

Ghost or Red Cherry shrimp can live in a Betta fish tank. You might also consider an African Dwarf frog or two.

Caring For Your Pet Crowntail 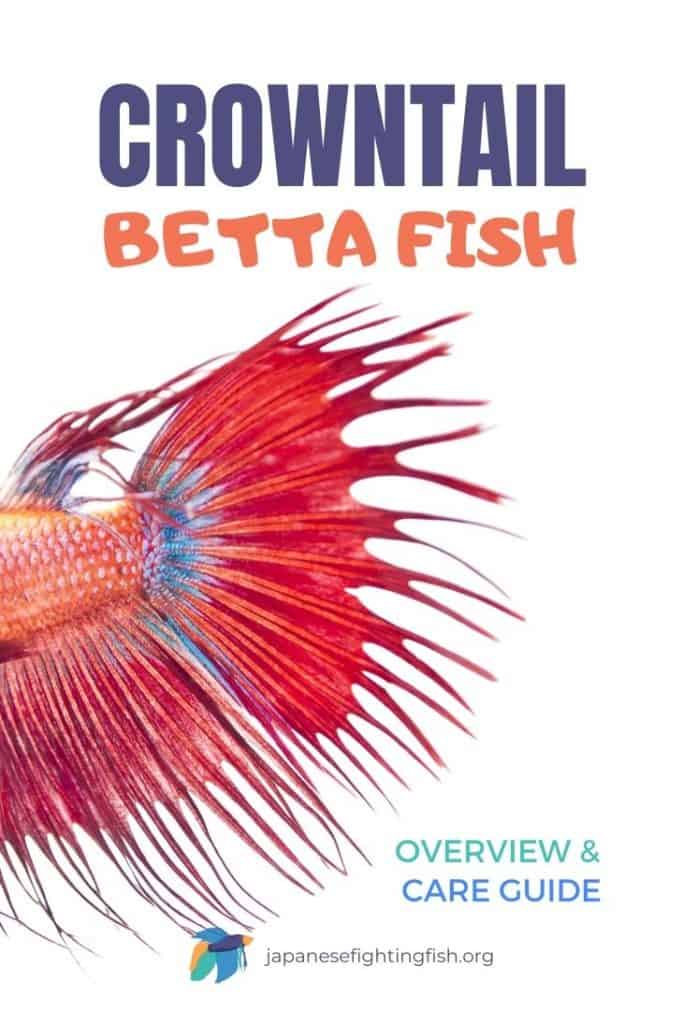 Betta fish are an easy species to keep. That makes them beginner-friendly and explains the popularity of Betta fish in general.

They are aggressive, though. You will find the level of care increases if you have more than one Crowntail. Tanks must accommodate their behavior and needs in regard to stress. Tankmates must be selected carefully, and constant monitoring is required to avoid potential incompatibilities.

Are Crowntail less aggressive than other Betta fish?

Some sources indicate that they are less aggressive. Others state that Crowntail can be more aggressive. We feel that, like most Betta fish, you should err on the side of caution when establishing a community aquarium.

Each fish is different, and one Crowntail may be more or less aggressive than another. Betta fish behavior is well documented and studied, but little factual information exists that compares aggressive tendencies between variations.

What size tank do you need?

The days of keeping Betta fish in a bowl are over (they never should have happened). We say the best tank for a betta fish is a 5-gallon aquarium for a single Crowntail – this provides the happiest healthiest fish.

If you have a choice, go with a longer design versus a higher design. Betta fish live in the middle and upper sections of the water column, so horizontal movement is preferred over vertical (slightly – this is no big deal).

Community tanks should be large enough for a male Crowntail Betta to establish a territory, including a hiding place to retreat from stress. We would suggest at least a 10-gallon tank in that case, if not more.

What are the preferred water conditions for a Crowntail?

These are tropical freshwater fish like the Betta fish smaragdina. Treated tap water is sufficient for their tank. A ph range between 6.4 and 7.0 will be ideal for your Betta fish. Water hardness can sit from 2 and 5 dKh (carbonate hardness).

The temperature range for Betta fish, including the Crowntail, should range between 76 and 80 degrees Fahrenheit.

Some keepers keep the lighting low on their tanks to simulate the shaded conditions found in some natural habitats. We find that domestically bred Betta fish do not mind aquarium lighting compared to wild specimens.

Plants, rocks, and other decorations help establish areas within the water column that provide territorial boundaries.

Provide your Crowntail with one or more places to hide when it becomes stressed. Plants, artificial or live, are an option if you want.

Your Crowntail is a carnivore unlike the omnivorous species of macrostoma betta, and its Betta fish ancestors fed on predominant insects in the wild.

In the aquarium, you need to provide it with protein (preferably from an animal source). Or course, a balanced diet that includes some vegetation is recommended.

Specialty food for Betta fish is best. You can also include live or frozen foods from trusted sources. Brine shrimp, bloodworms, and daphnia are all options.

Feed only enough food for your Crowntail to eat within two minutes, twice a day.

Should you consider this Betta for your tank? If you are looking for a colorful fish to display or a central figure to establish a community around, yes. The Crowntail may prove a bit too aggressive for most community tanks, however.

Beginners will enjoy keeping a single pet, while someone with a bit more experience will enjoy the challenge of a community setting highlighting the Crowntail.

Have you kept Crowntails, or do you have stories, tips, or questions about them? If so, comment below!

How big do male Crowntail Bettas get?

Your Crowntail will reach about 2.5 inches in size at full maturity. Some Betta fish can get up to 3.0 inches in length, but that is the exception and not the rule. Females tend to be a bit shorter, as their tails are not as long as the males.

How much is a Crowntail Betta?

As with most Betta fish, your pet Crowntail will cost between $10 and $20. The price can vary, depending upon colors. Crowntail usually sports dark colors, so brighter colors are more expensive and can cost you up to $60 or more (depending upon the source).

Can Crowntail Bettas live together?

No, you should never house more than one male crowntail betta fish in the same aquarium. They will fight, usually until one or both are severely injured or dead. Multiple females can live together, and a male can potentially live with females, but you must watch and be ready to intervene.

Yes. All Betta fish are aggressive, and the Crowntail variety is no exception. Hobbyists and breeders may debate on the level of aggression compared to other Betta species, but you should assume that your Crowntail will act aggressively so any tank mates should be selected carefully.

Where Crowntail ancestors originate from?

Betta still exists in the wild, but the native habitat is continually encroached on and damaged by human development. Due to that, the International Union for Conservation of Nature and Natural Resources (IUCNN) places it between “never threatened” and “endangered” as a vulnerable species.

You will find Siamese Fighting fish across the world domestically. It has escaped into the wild in countries like Brazil, Columbia, Laos, and the Dominican Republic. Betta splendens are considered an invasive species in parts of Australia and the United States.

How did Crowntail ancestors become part of the fish-keeping hobby?

In the region native to Betta, the fish keepers bred them for fighting. It is the origin of the name Siamese Fighting fish (Thailand used to be called Siam). The king of Siam gave a Danish physician, Theodore Cantor, several fish that he later documented.

Your Crowntail’s ancestors gained popularity in Europe, and by the early part of the 20th-century, the species had the name Betta splendens (“splendid fighter “) assigned to it from British ichthyologists.

When did the Crowntail emerge on the fish-keeping market?

While there are several varieties of Betta fish that originate in the wild, most Betta is domestically bred. Breeders have developed physical traits and aggressive characteristics to fit the demands of hobbyists.

The fish is naturally aggressive. Those instincts have been developed through selective breeding in the Asian market. Today’s demand for Betta fish that can live in a community setting will likely see less aggressive traits bred into future generations of Betta.

Many fins, scales, and tails mutations have occurred in domestic breeding. Some are accidental, and many are intentional. Crowntail stem of this process, as are many of the popular varieties found on the market. 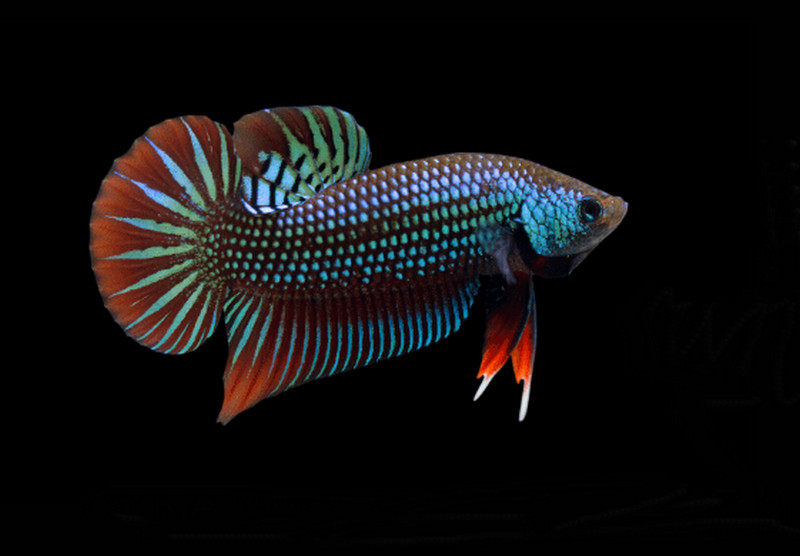 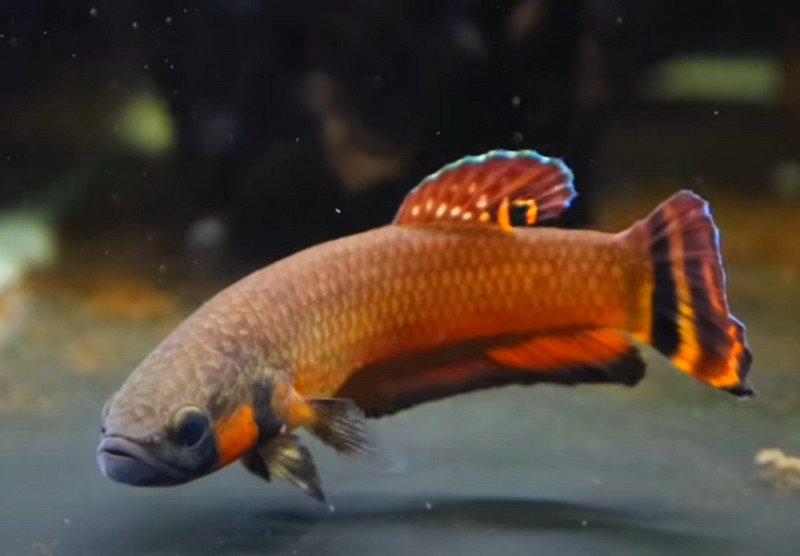 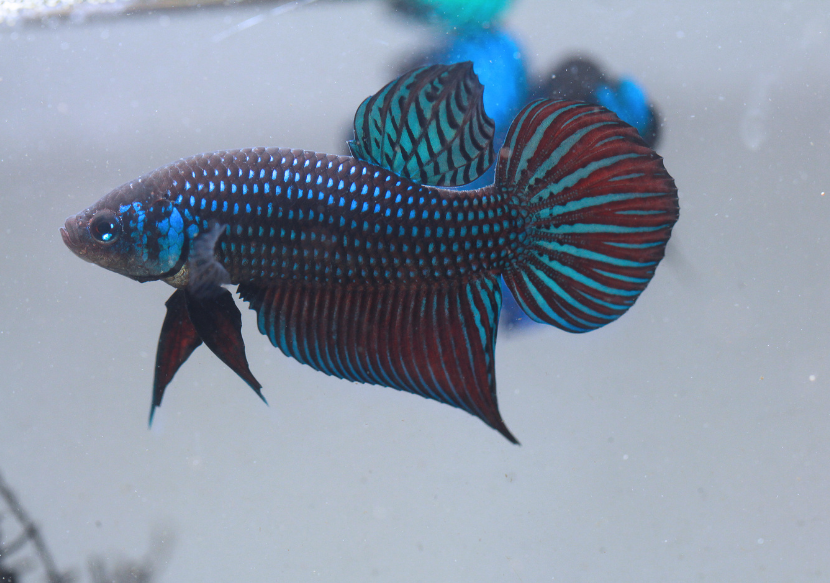