The growth rate of a pet goldfish is affected by many variables. The growth rate depends on a healthy environment which includes; water quality, tank size, water temperature, proper nutrition, and other factors.

But how fast do goldfish grow? There is no specific answer to this question. Usually, a pet goldfish is around five to seven inches long. The baby goldfish growth rate is high in the first few weeks after hatching. The growth rate reduces after becoming an adult goldfish. On average, in their adulthood, they grow an inch yearly.

When given good care, goldfish have the potential to grow big and very quickly.

How Large Do Goldfish Get?

In 2003, The Guinness Book of World Records recorded the longest pet goldfish to be 18.7 inches. 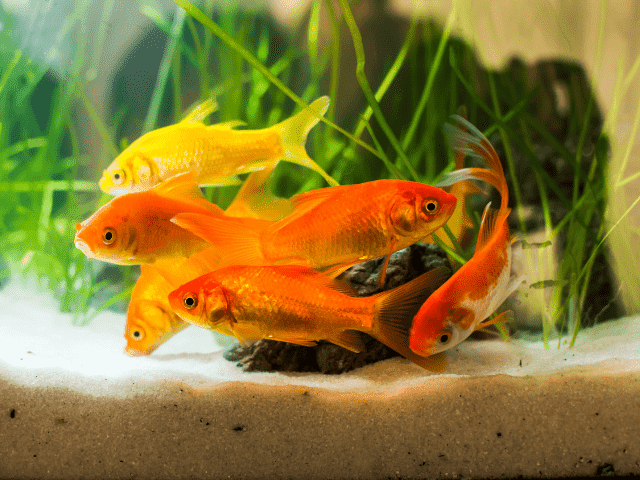 Wild goldfish tend to get big due to their natural environment. Some can get between 12 inches to 16 inches long.

All the variety of goldfish developed over the centuries can trace their lineage back to the Crucian Carp. The wild carp can be traced back to Eastern Asia. Having a common ancestor makes goldfish have typical behavior and habits. People chose the wild goldfish for their appearance and ability to grow big.

Because of its adaptability and commonality, the goldfish is the most kept fish pet. It can tolerate extreme environmental conditions.

There are wide varieties of goldfish that vary in color and appearance. 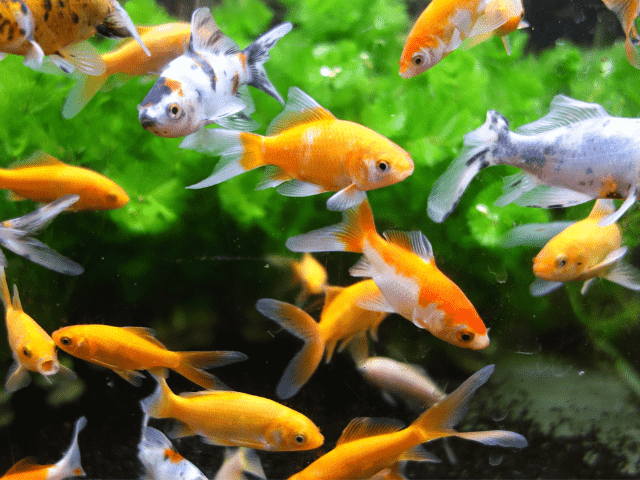 The sticky eggs get to stick on the gravel below during development.

There are many kinds of varieties of goldfish. The following are the most common varieties.

The common goldfish come in many colors and combinations, such as red, orange, brown, and blue.

If given space, this variety can grow big and have a lifespan of over ten years. 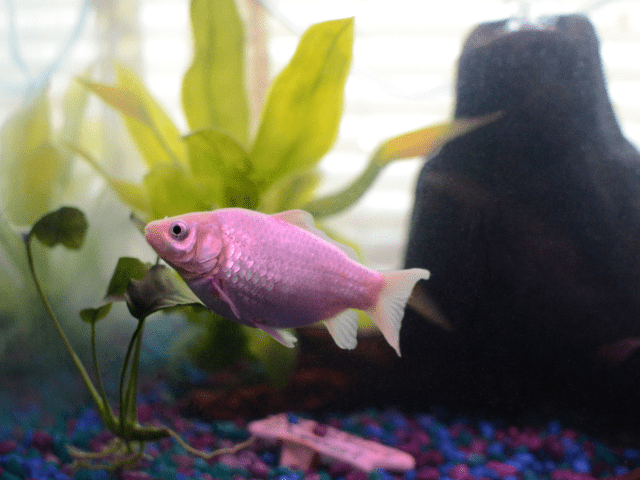 The comet goldfish is what many people think of when they hear the name goldfish.

Apart from its sleek and long fins, in appearance, they look like the common goldfish. They come in a variety of colors, such as silver and orange. They can quickly get to 12 inches or longer.

Comets are bred commercially for sale to pet shops because they are naturally prolific breeders.

Fantail goldfish fall in the group known as fancy goldfish. Their body is rounded and egg-shaped. They can quickly get between six and eight inches long.

The fantail goldfish is easily noticeable because its tail has two top and bottom fins.

Fantails are typically white to red in color or multicolored.

Goldfish as a Pet 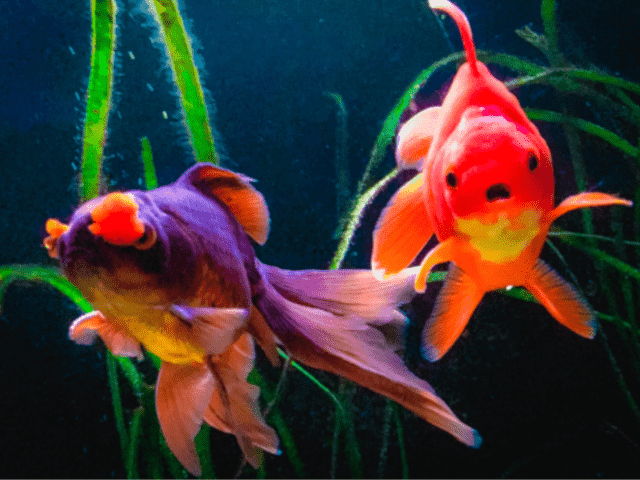 It is the most common type people tend to keep. It can be an excellent first-choice pet for your kid.

Your pet begins its journey as a goldfish fry and measures about 0.2 inches. They start to look like fish in about two weeks and measure approximately 0.6 inches.

It is essential to ensure you provide the fish with a safe and adequate environment and quality food. Favorable environmental conditions also call for quality water, enough space, and freedom from disease predisposing factors.

The goldfish fry measures about 0.2 – 0.4 inches in the first week. In the second week, it grows to approximately 0.6 inches. The fins also start to develop. They can move around, feed, and measure 0.8 inches in the third week. 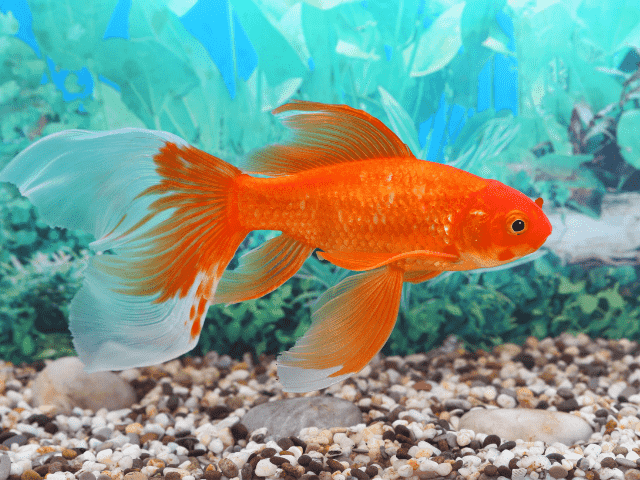 Since they are getting closer to maturity, in the fourth week, the growth rate reduces, and they measure 0.9 inches. In weeks five and six, they have a complete fin set that measures 1 inch. They also start taking their adult shape.

After week nine, it has increased in size and has a mature shape.

In about six months, your goldfish will have reached about 2 inches. It will be over 3 inches in its first year with proper nutrition and the right environment. 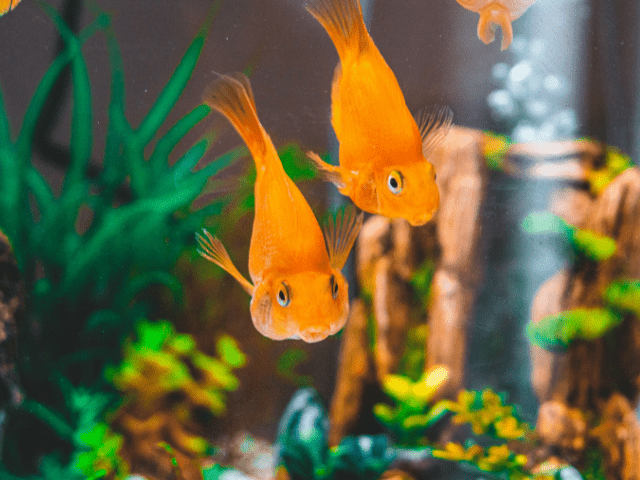 Water quality can have a significant impact on your goldfish. For a goldfish to live longer and healthy, it requires excellent water quality.

Polluted water can cause health complications and slow the growth of your goldfish.

Overcrowding can result in the water being poor in quality due to the excess waste production.

It would be best if you also carried out frequent water tests to determine the chemical compounds in your water tank. Waste from goldfish causes low oxygen levels and releases toxins such as ammonia, nitrites, and nitrates. A build-up of such can affect the growth of your fish. Usually, the water pH should be between 6.0 and 8.0.

Factoid: In this area of concern, you have to make sure that everything affecting your goldfish pet is well maintained and properly monitored. Diseases could easily set in and affect the well-being of your aqua buddy if you’re not careful! One of these illnesses is fin rot and you can learn more about this here — Goldfish Fin Rot: Identify The Symptoms & Cure Immediately! 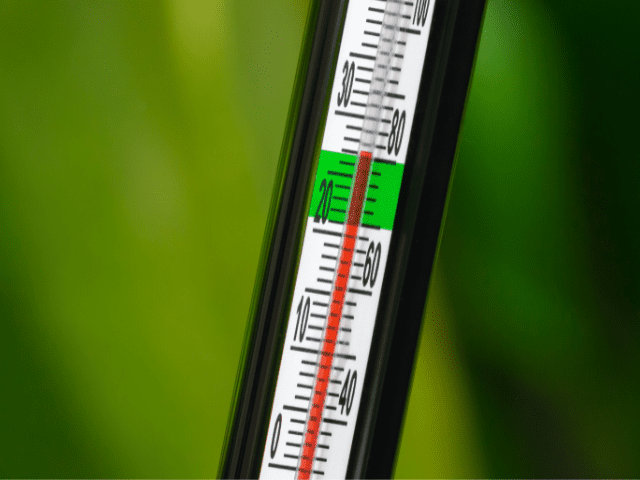 A consistent temperature is an essential factor for goldfish. The ideal temperature for a goldfish is between 71 to 75 Fahrenheit.

Moderate temperatures will make the goldfish consume more oxygen and eat well. As a result, goldfish growth is increased.

A large tank is vital for the growth of your goldfish. It enables your goldfish to move and exercise freely. A small tank can inhibit your pet fish from getting to its full potential size.

The recommended tank size is, for one goldfish, a 20-gallon tank. For an extra fish, one should add 10 gallons.

Since goldfish produce a lot of waste, a big tank will provide enough space for the dilution of ammonia.

Feeding a good diet is necessary since nutritious food plays a vital role in goldfish growth.

You should ensure you don’t overfeed your fish since it is dangerous. Overfeeding can lead to fish constipation, and the excess can decompose to waste and increase ammonia levels.

Ensure you maintain a feeding schedule that is similar daily.

Feed your goldfish pet the recommended portion two to three times daily.
Factoid: Goldfish, like any other aqua pets you have or planning to have, are not choosy when it comes to fish food. Just make sure to do proper food apportioning to avoid overfeeding and polluting their aquarium water. One popular favorite fish food is bloodworms. Read all about them here — What Are Bloodworms: We Investigate This Squiggly Fish Food.
—————————-

How big do goldfish get?

In a small tank, a pet goldfish grows between five to seven inches long. While in a large tank, the goldfish’s growth rate can be quick and grow up to 14 inches long.

How to grow goldfish faster?

Ensuring proper care and a nutritious diet is the best way to ensure your goldfish grow faster.

How long does it take for a goldfish to be at full size?

Goldfish growth is indeterminate, and they keep on growing until their death. In a healthy environment and a large tank, they can grow up to 14 inches.

One cannot determine how fast your pet fish can grow because a goldfish’s rapid growth depends on various factors. 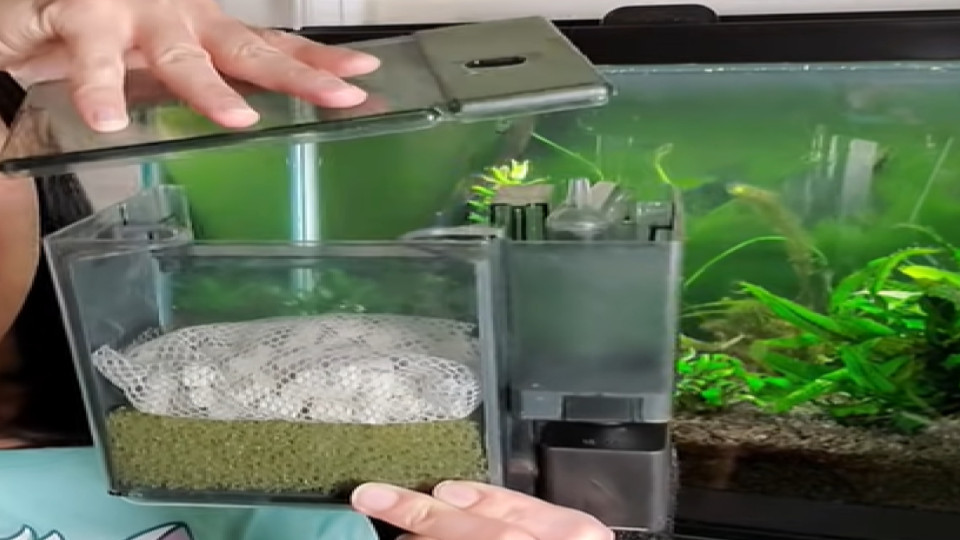 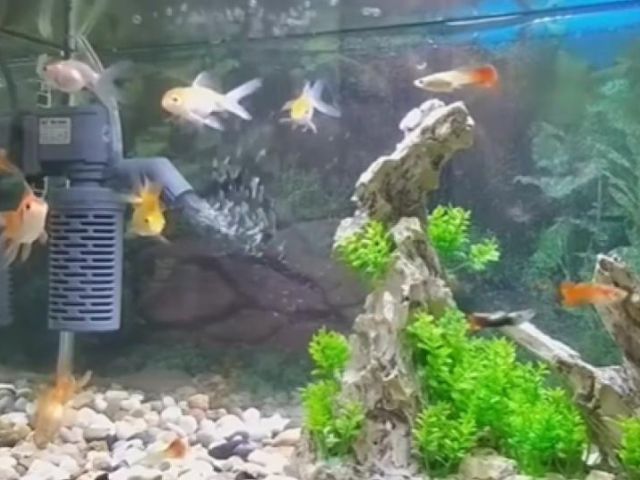 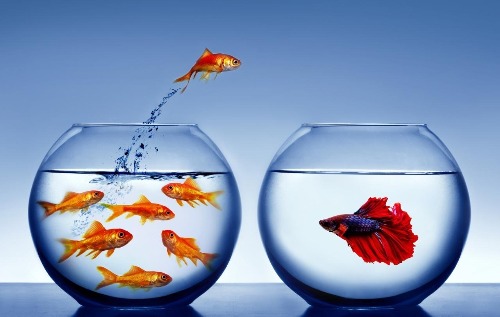