What are the signs and how can you treat them?

Recently, you may have noticed your fish’s fins are looking a little ragged. What exactly could be causing your Betta to have such a strange symptom? Can you do anything to help them out and can their fins be repaired?

Maybe you even want to know the name of this affliction to do more research? The truth is your Betta may just be suffering from fin rot. Fin rot is not a rare disease and can even happen to the healthiest looking Betta fish. 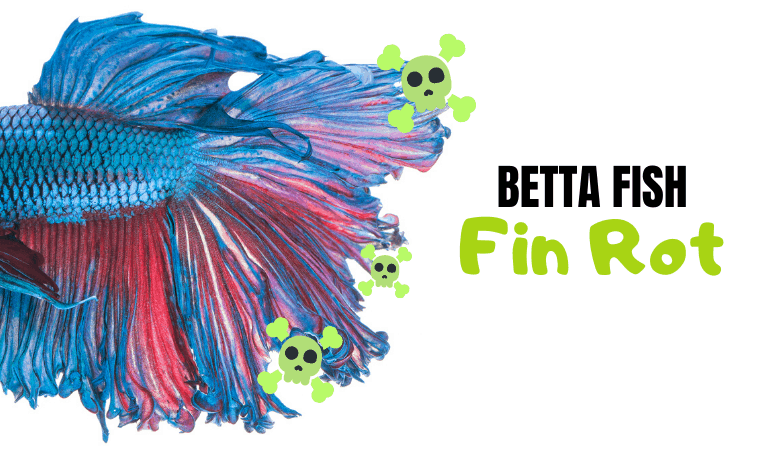 This article is here to let you know valuable information about what to look for with fin rot. We will teach you the key signs and how to potentially stop the bacteria before it becomes a major nuisance for your fish. We will also give you a guide on treating fin rot to get your Betta back to its naturally healthy self!

Please note that fin rot will not affect humans, but the bacteria can be transferred to other fish in the tank!

Spotting fin rot can be a little difficult in its first stages. The first signs of fin rot in betta fish will be white spots that start to form on the fin. The white spots will primarily develop around the edge of the fin and gradually grow worse during the first stage.

The white spots can be difficult to catch at first since they can be quite tiny. Most owners actually don’t begin to notice anything wrong with their fish until the second stage. In the second stage, the bacteria start to eat away at the tissue on your Betta’s fins.

You will start to notice that the fins look ragged. It should be noted, this could potentially instead be because other fish have nipped at the tail, it got slightly damaged by décor in the tank or maybe the betta fish may have even been biting its own tail.

Then fins may look tattered like an old piece of cloth or stringy with torn edges. If bad enough, the disease can even spread to the tail, causing tail rot.

Another major sign in bettas can be the fading of the color in their fins. This is especially easy to notice with a brightly colored betta. You also should look for the area at the edge of the fins turning black.

In the most severe case of fin rot, the membrane will be gone, leaving nothing but the fin rays. If combined with another disease, you may see fungal growth on the fin that will look like white puffs of cotton. You may also notice that your fish is acting lethargic when it contracts the disease, a common symptom in betta.

Be careful to properly diagnose your Betta when determining if they have fin rot. If your Betta has other tank mates, there is a chance that nipping has occurred from an aggressive or stressed-out tank mate. Be sure to observe your fish carefully to determine if there is aggression in your tank.

What Causes Fin Rot in Bettas?

The primary cause of fin rot for most Betta owners is their tank not being kept sanitary enough to prevent harmful bacteria. This may not even be from a habitually dirty tank. Some Betta owners may be overestimating their fish’s hardiness and cleaning the tank just under what they should be for a completely healthy environment.

Another major factor in contracting fin rot for Bettas is their stress levels. A fish that has irritating tank mates that may even result in a fish fight, or too many environmental changes can fall victim. Even things like bad feeding schedules can increase the tank’s stress levels. Keep this in mind if you’ll have a fish in a dorm room.

The actual cause of the disease itself, however, is caused by fin-eating bacteria. Bacteria can attach themselves to a Betta’s fins in any of the cases above. Additionally, if a betta is having its fins nipped at regularly, it can lead to bacteria growth as well.

First off, don’t freak out and completely go cleaning crazy on your tank. A huge sudden change in your fish’s environment can do more harm than good. To properly treat this condition, you need to slowly clean the tank and make the process as stress-free as possible.

In order to start treating the disease, we’re going to need to improve the overall quality of the water in the tank. By improving the water quality, we can cycle out the bad bacteria and help the fish fight off the onslaught of bacteria. To do this, we are going to need to follow a few steps.

If your fish doesn’t have extreme fin rot, then simply refreshing the water may get rid of it. Try changing out 30-50% of the water. Make sure to use conditioned, unchlorinated freshwater that is free of harsh minerals.

Once your fish has cleaner water, try washing out the tank decorations. Thoroughly clean any gravel that has been sitting in the bottom of the tank collecting debris.

Make sure to measure out how much food you are giving your fish. Uneaten food can be a magnet for fueling bacteria and fungal growth in your tank. You should be especially cautious of overfeeding0 if your fish has lost his appetite due to the fin rot.

In severe cases, you will most likely need to use antibiotics. Depending on what part of the world you live in, getting them will be a little different. Be sure to only use fish appropriate antibiotics when treating your Betta.

If severe fin rot is left untreated, it can reach the fish’s body. Untreated fin rot can leave your fish unable to swim or kill them in a worst-case scenario. Most Bettas won’t be able to recover if medication is not used within days of discovering the severe condition.

There are plenty of products on the market to help treat fin rot. Most products can be bought over the counter and won’t cost you any more than $50. These products are available from retailers like Amazon and most pet stores carrying aquatics.

Using Melafix Bacterial Remedy will help treat your fish and help with fin regrowth. This product can also be used to sanitize the water to keep fin rot from returning. Along with this, you can use aquarium salt to help with the effectiveness of the medication.

There are also products made to specifically work with Betta Fish. Betta fin rot medication has vitamins developed specifically for Bettas to help regrow fins faster. The medicine barely costs $3 and can be used to mats in the health of your betta’s environment.

If medication is used and tank improvements are made in a timely manner, then your Betta will completely recover. In most cases, the Betta will even regrow the parts of the fin that were damaged.

*in some severe cases consider using a quarantine tank with clean water to treat your Betta in.

Preventing fin rot is actually an easy-to-do process that just takes a little bit of your time. Proper prevention of the disease requires you to be vigilant of your Betta’s environment.

Keep your tank cleaning on a weekly schedule that you can easily keep up with. Also, make sure to keep a close watch on your tanks Ph balance; the ideal Ph balance is between 6.5 and 7.5. If you have a lot of food debris hanging around in your tank, then cut back on the amount of food you give your fish.

To keep fin rot at bay, try to keep from adding new fish to your Betta’s environment regularly. If your Betta already has tank mates and they tend to nip a lot, get a bigger tank. An aggressive environment will only have fin rot appearing time and time again.

Be sure to learn the signs of fin rot and be vigilant of any changes in your fish’s behavior. If caught early fin rot is a cheap and hassle free fix. If you notice that the case has gotten more severe, then pick up some medication to treat it.

A Betta with a healthy tank life is less likely to contract fin rot. Try to clean your Betta’s tank weekly and use water treatments as needed. If fin rot does occur, be sure to isolate your Betta from any tank mates he may have to keep the bacteria under control.

Do you need help determining if your Betta has fin rot? Post your inquiry in the comments below! 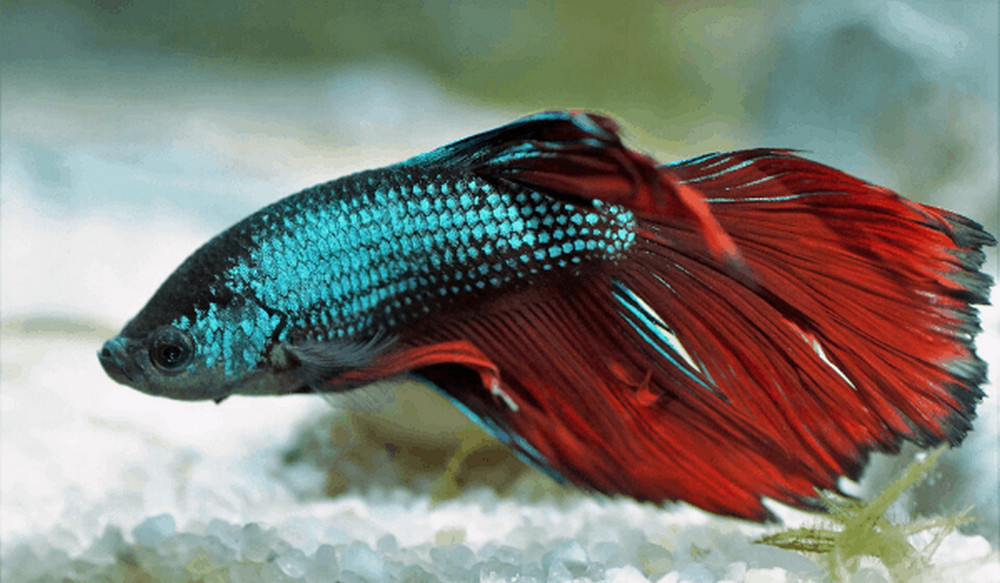 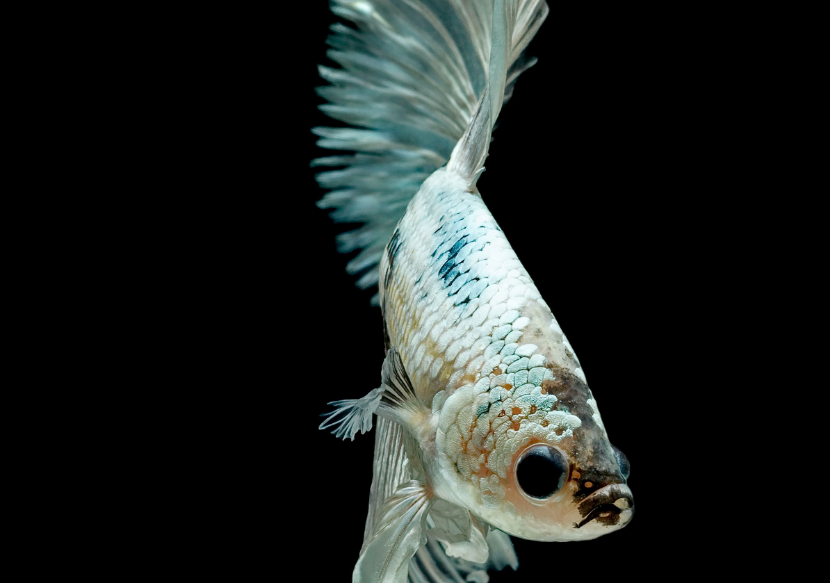 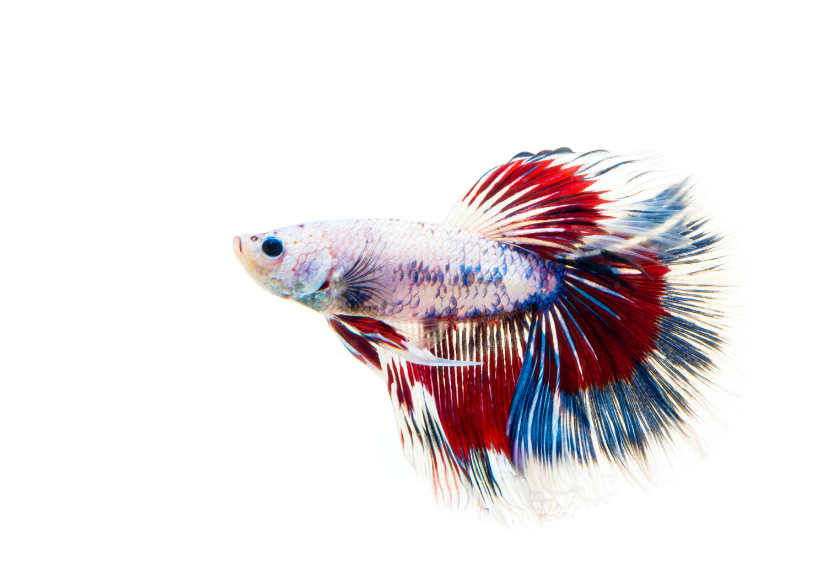