Learning how often betta fish poop and what healthy feces look like can help you monitor your fish’s overall health. It can also help you take care of any issues as soon as they arise.

Yes, Betta fish poop, but you may not notice at first.

Instead of seeing your betta poo, you may only notice waste on the bottom of your tank. It doesn’t happen often, so you may not see it, but watch your fish for long enough and you’ll see that betta fish do poop. 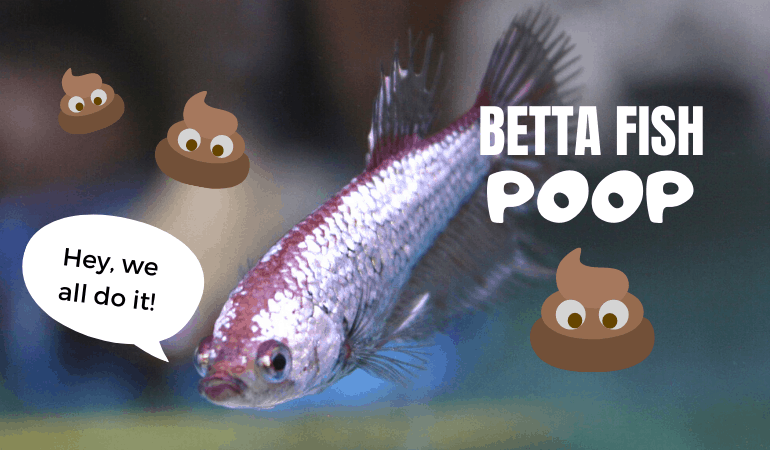 Bettas have small stomachs, so betta fish poop is generally relatively small. Bettas that are fed regularly will poop regularly, but don’t be alarmed if you don’t see your betta fish poop every day. However, it is a good idea to ensure that your betta’s poo looks normal and that the fish is pooping regularly and doesn’t seem bloated.

So just what does betta fish poop look like? Betta fish poop is usually round in shape, and it’s relatively small. It should be brown or tan. Betta poo can also have a tint of red, mostly due to the coloring used in betta foods.

If your betta’s poop is white or yellow, this could be a sign that your fish is sick. Stringy poop, poop hanging from the fish, or betta fish poop that’s stuck can also be a sign of illness.

Is Your Betta Fish Constipated?

Betta fish poop stuck to the fish is often a symptom of constipation or swim bladder disease.

If you notice that your fish has poop hanging from its body, you should begin to observe your fish a little more closely. A fish that has a swim bladder condition or is constipated often appears bloated and your betta fish might lay on the bottom or act lethargic. A bloated fish may also not be able to swim to the bottom of the tank, but will instead bob at the surface.

Bloat is a relatively common condition. Luckily, it can be largely prevented and, if it does happen, you can treat it.

The best way to prevent swim bladder disease is to not overfeed. Check out our betta fish feeding instructions. Generally, 5 or 6 pellets once or twice a day. Your fish might seem like it wants to eat more, but more food can cause bloat.

To treat swim bladder disease, you can stop feeding the fish for a few days to clear out the fish’s system. You can also introduce fiber into the betta’s diet by feeding it thawed frozen pea pieces or daphnia. Make sure that the water temperature also remains between about 74 and 82 degrees Fahrenheit. Cold water can slow down a fish’s digestive system.

Does Your Betta Fish Have Parasites?

If your betta’s poop is white or very light in color, it may indicate that the fish has parasites. Parasites can often be treated with aquarium medications.

However, parasites in a betta fish are rare! Unless you’ve just gotten the fish or introduced a new plant or fish to the aquarium recently. Most likely, if your betta fish’s poop is white, it’s because the fish isn’t eating.

Bettas can stop eating for a number of reasons. They might be stressed, which can be due to bullying tankmates, a lack of hiding spaces, a tank that’s too small, or poor water conditions. Bettas will also stop eating if they’re sick, not with internal parasites, but with an external bacterial or fungal infection. A bored betta will also stop eating.

First, check to make sure that your fish doesn’t have any discolored scales, tattered fins, or bloating. If you see other signs of illness, research the symptoms and treat the illness as quickly as possible.

Next, ensure that you’ve removed anything that might be stressing the fish. Observe the fish during feeding and make sure that it’s eating.

If your betta still won’t eat, try introducing live foods such as brine shrimp or freeze-dried foods such as bloodworms. This will often entice a picky betta to eat and will make the betta fish poop regularly.

It might seem silly to check your betta’s poop, but monitoring the fish’s digestive health can often help you catch any problems before they become life-threatening.

Do you have a question about betta fish digestive health? Let us know by commenting below! 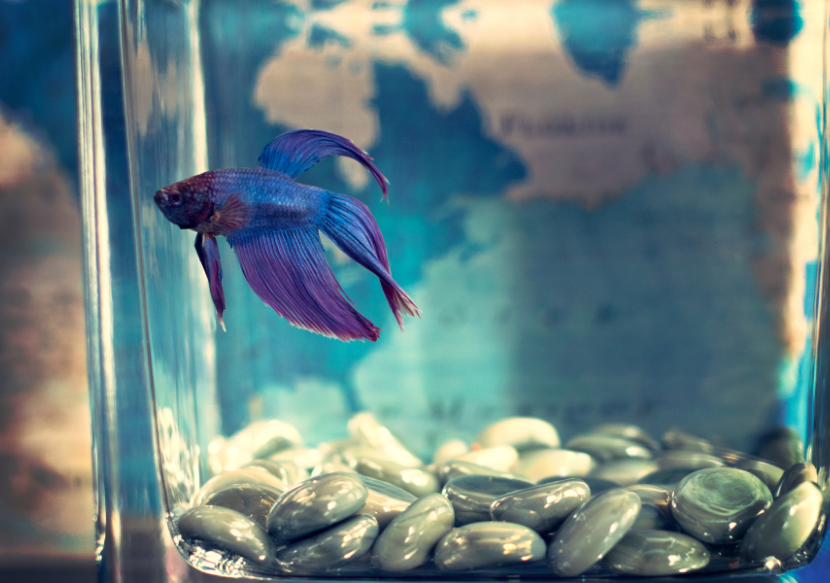 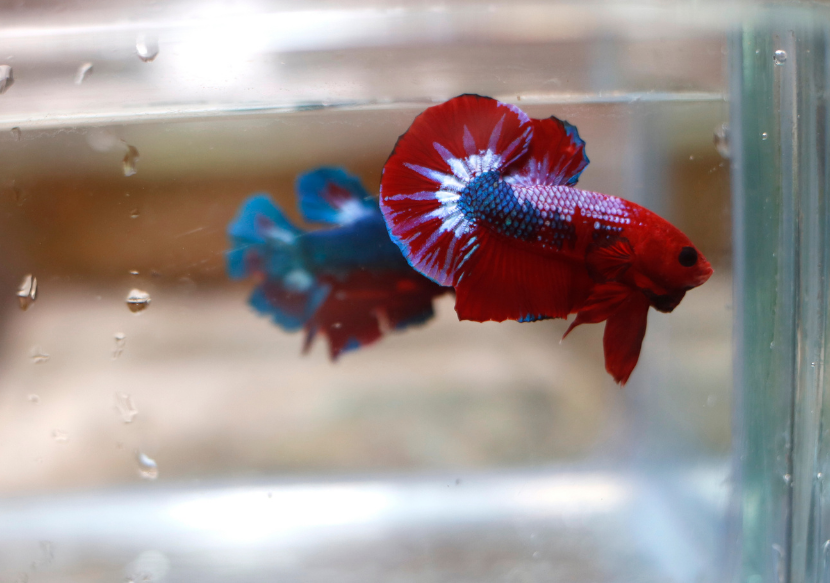 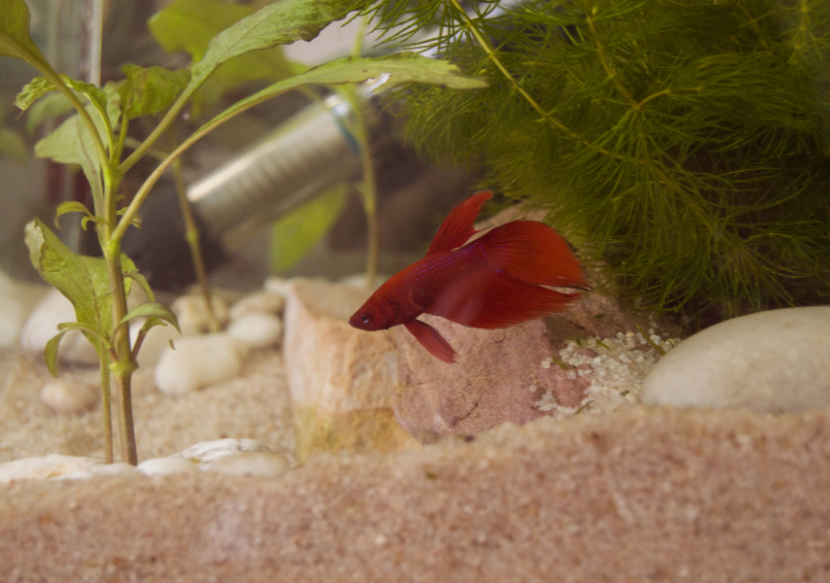