We’ve realized that people who keep Betta fish as pets are usually obsessed with getting more Bettas, which isn’t a bad idea.

But you’ll need to consider how and where you’ll keep your new pets. For example, will you be keeping them in the same tank, or you’d be getting more aquarium tanks from the craft stores?

If you’d be keeping them in the same tank, you may need to get a Betta fish tank divider. Here’s all you need to know about these dividers and more!

The Benefits of Betta Tank Dividers

If you intend to go for more than one Betta, you might have opted for multiple Betta fish tanks. It’s not a bad idea to go for multiple tanks if you can, but in our opinion, it’d be wise to buy one large Betta tank and use dividers.

These dividers will make a separate tank for each Betta with various habitats.

We don’t recommend keeping two or more Bettas together in a single tank, especially if they’re male fish. The reason is that when you keep them together, they may become aggressive and attack each other.

In addition, each Betta fish needs approximately five gallons of water in its tank. So, you can imagine the stress you’d be saving yourself from when you get only one large tank with dividers. 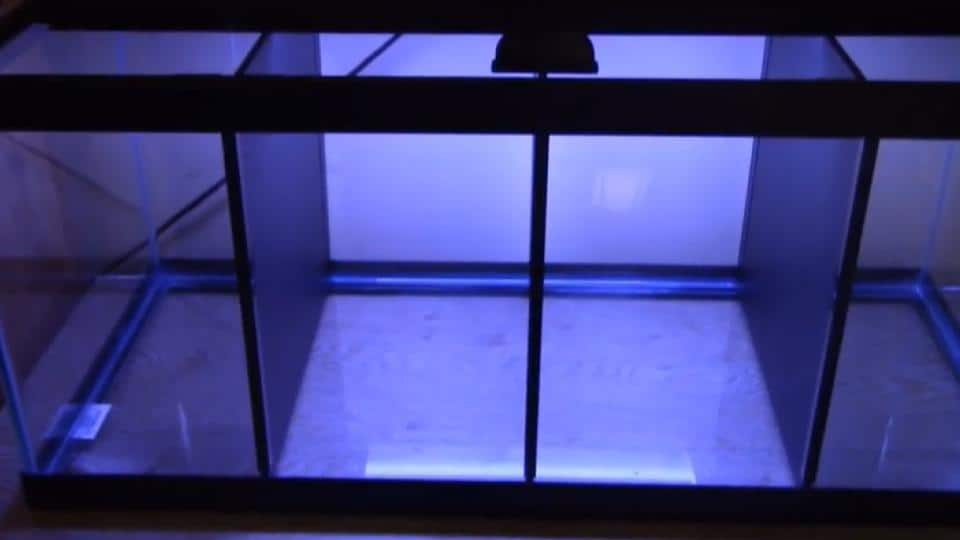 If you decide to go for the one tank with multiple dividers, then we’re thrilled to tell you that there are a few available options that you can choose from. Let’s have a look at them.

In this factory-made divided tank category, there are only a few possible options available, especially for those who can’t divide their tall tanks by themselves. However, we need to mention that the few ones on the market are a bit small.

The dividers in this tank don’t need to be fixed anytime soon as they’re already made of silicone sealed glass sections, which is a permanent fix. What makes this tank even more admirable is its black non-see-through center divider compartment, which is great for keeping multiple Bettas in the same tank.

However, you should be concerned with the tank maintenance and check that the water flow through the whole tank is adequately put in place.

The two fish will share one heater and the same water. Larger tanks like this can also be used to house other fish.

The major downside of manufactured split Betta tanks is that they leave roughly 2.5 gallons of water for each Betta. This downside is probably why some owners don’t go for this fish tank, irrespective of the distinct space it gives to their pet.

Due to the flexibility of these dividers, you’ll find tons of them readily available on the market to choose from. This is a good fit if you’re searching for a separator that you can easily self-install yourself. 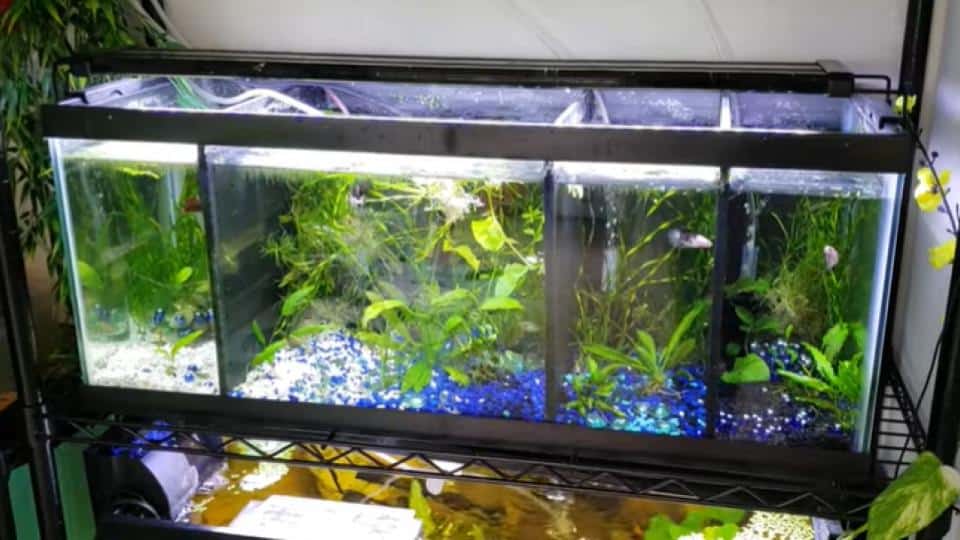 Choosing the right divider to fit your tank size would be best. Unfortunately, most people encounter difficulty when they acquire the wrong fit for their fish tank.

If the dividers are too big, they wouldn’t fit correctly, and if they’re too small, the Bettas may mix and fight each other.

We like manufactured dividers because they’re made of a durable dark color high-density polythene so that your fish won’t be able to see through and fight themselves.

In addition, they were built to enhance proper water flow through a small hole. Another nice feature about this divider is that its hole is relatively smaller than similar dividers and has a sponge filter.

However, this divider needs a few changes here and there before it can fit in the tank. Even though it was made to fit in different Betta fish tanks, it doesn’t work for all tank sizes. You might have to trim the edges down to get the right fit for your tank.

If you aren’t content with the manufactured options you see on the market, and you also don’t like the idea of buying multiple Betta tanks, the next best option is to do it yourself. Creating your own divider will allow you to be flexible as much as possible.

For example, you’ll be able to use lots of common materials, such as plastic mesh, plexiglass, and more. We’ll discuss two different methods below: 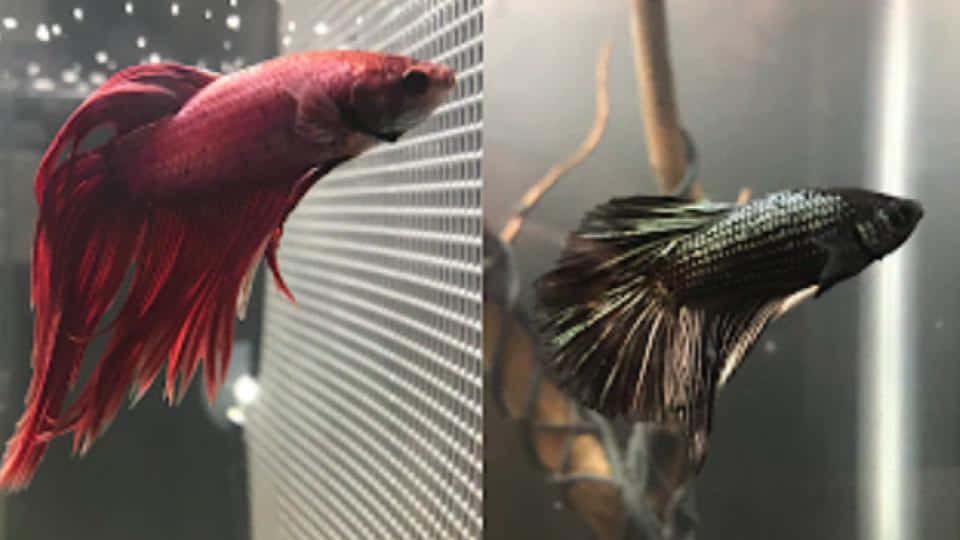 The materials needed to make this divider are a pack of plastic mesh sheets, a ruler, pencil, scissors, and a plastic report cover spines.

First, measure and cut the mesh to match the width and shape of your split fish tank. Then, place each side into the report cover to make a precise and sturdy divider. Finally, glide the divider into the empty tank and add gravel mixed with sand inside the tank on each side. Now, your tank is ready for your fish.

The materials needed to make this type of divider are a fishing line, suction cups, plastic mesh sheets, a ruler, a pencil, and scissors.

Use the instructions above to create two tank dividers using the mesh sheet and the report cover spines. Then, line up your dividers with suction cups between them by placing one on each corner while the suction faces out. Next, use the fishing line to firmly hold the mesh to the loop at the back of each suction cup.

After that, glide the double divider carefully into the empty tank and bind the suction cups to the glass. Lastly, add gravel and sand on both sides of the tank equally. And that creates a divided betta tank.

While you’re trying to create enough space for one fish or more without opting for a second tank, there are certain aspects that you should keep in mind, such as Betta jailbreaks, tank selection, and fish health. 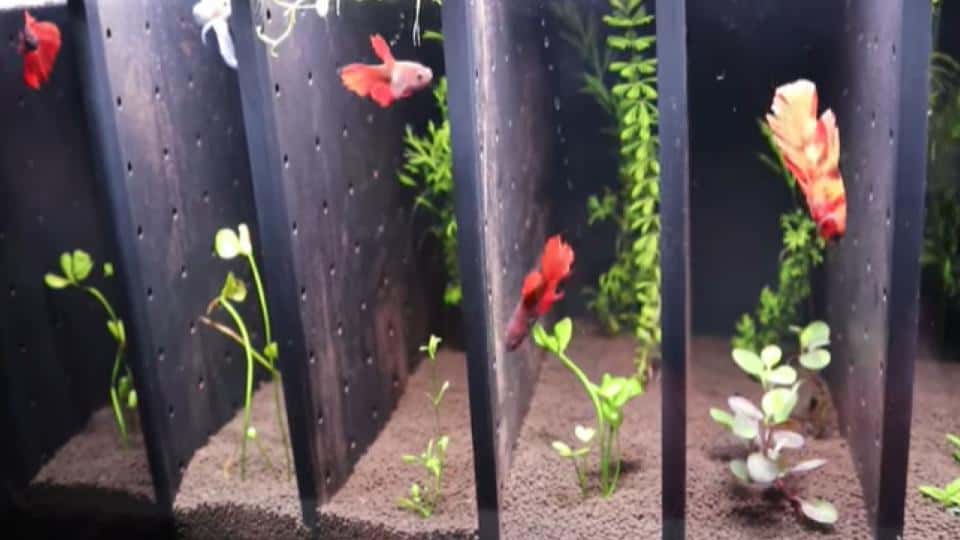 It’s vital to make sure that your Betta tank divider is firmly placed to avoid getting loose and releasing germs into the tank. You also need to know that the fish can jump over the divider and cross to the other side.

So, ensure a little space between your Betta tank divider and the tank lid.

When you’re ready to divide your tank, you should use either shallow tanks or a 20-gallon tank. This is because Betta fish like to spend most of their time close to the water’s surface.

It’s recommended not to use a tall tank due to the absence of the surface area relative to the volume of water present in the tank. Also, try to ensure that each Betta fish has nearly 5 gallons of water.

If you’re always adding a new Betta to your divided tank without quarantining it, you’re exposing your fish to infection.

The moment a fish is infected, it’ll probably affect the whole tank and the other fish.

If this happens, you’d have to treat the entire tank. In other words, treat a divided tank as a community tank when there’s an infection.

It’s also important to have a quarantine tank on standby in case a fish gets sick.

Is a divided tank good for Bettas?

Yes, a divided tank is suitable for Bettas as long as a dark-colored divider separates them so they won’t be able to see each other.

Can I put two male Betta fish together with a divider?

Yes, you can put two male Bettas together with a divider. The divider won’t only act as a barricade between both fish, but it’ll also prevent them from seeing and attacking each other, although they’re already in divided tanks.

What can I use as a tank divider?

You can use a plastic craft mesh to make your tank divider but ensure that suction cups are attached to them before placing them in the tank.

Betta tank dividers are vital if you’re not a fan of multiple Betta tank rows. They come in handy when you want to keep more than one Betta fish in a tank.

Moreover, it’s not recommended to keep Betta fish together in one tank as they may attack each other. So, you’ll need a divider to separate them in the tank. 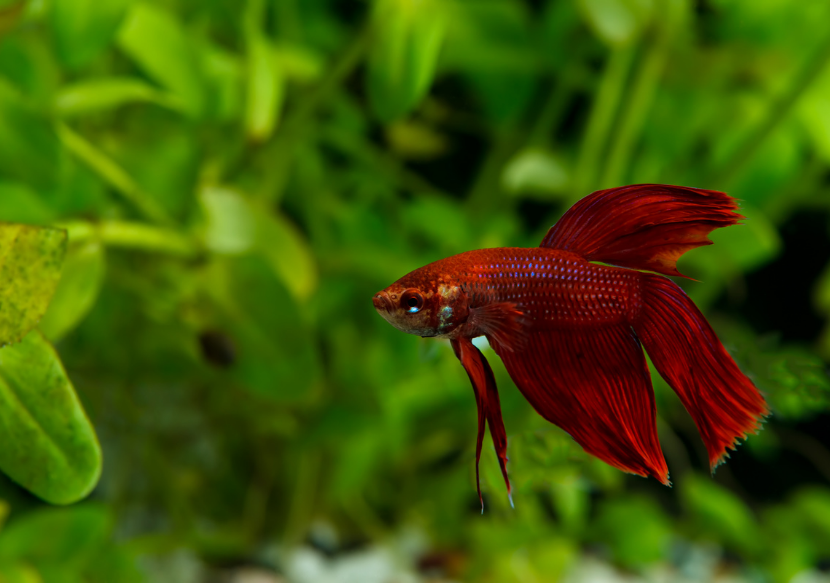 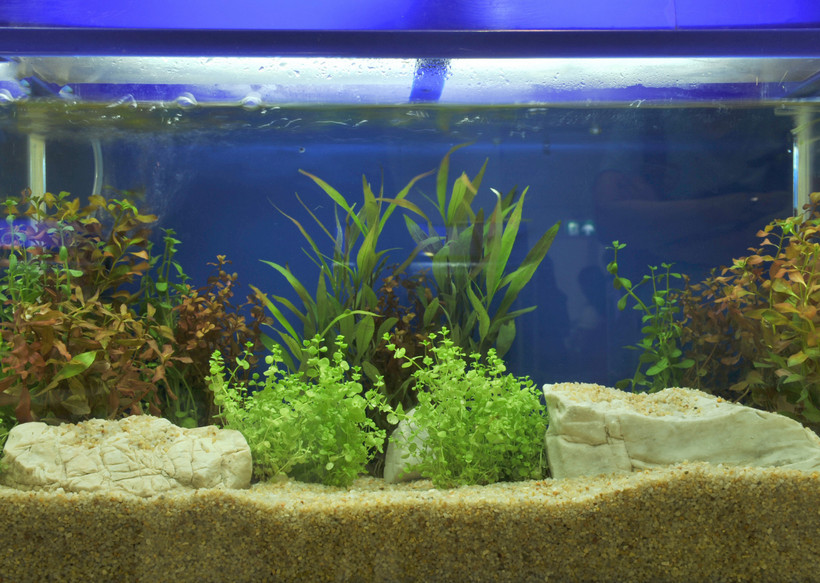 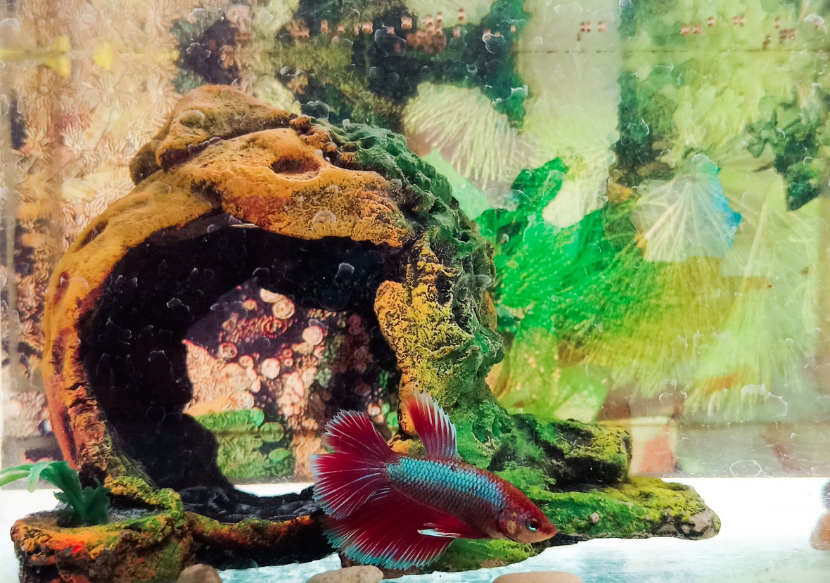