Many aquarium care beginners mistakenly believe that increased flow from the filter equates to a better habitat for aquatic pets.

Everything depends on the rate of water flow in the natural habitat where each creature originated.

Creatures like betta fish that evolved in slow-moving water can easily be overpowered by excess water flow.

Knowing how to reduce the flow of an aquarium filter is essential if you are going to take care of different aquatic species. 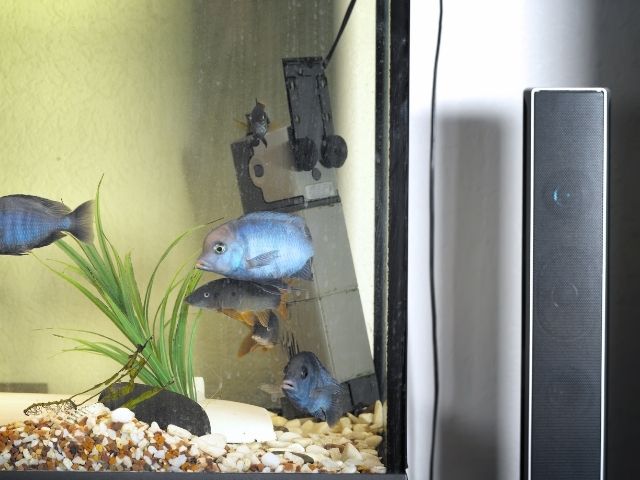 Did you know that sounds are several times louder underwater? This happens because water is a denser medium than air.

As a result, water currents also have a greater physical impact than air-based currents.

In an aquarium, the limited space means that water currents from the filter don’t have much room to weaken before fish encounter them.

Learning how to reduce the flow of an aquarium filter is important because betta fish and others can easily get trapped and injured in underwater currents that you don’t see.

For example, I’ve seen wily and aggressive fish recognize these areas, and then push weaker fish into them. From there, the weaker fish have a harder time swimming, which increases stress levels.

They are also likely to panic, and bash into tank sides, equipment, ornaments, or even the gravel.

This, in turn, increases the risk of a disease outbreak that can kill off everything in the tank.

Fortunately, once you know how to reduce flow from an aquarium filter you can eliminate these traps and other problems caused by excess localized water currents in the tank.

If you are using an aquarium filter that uses an independent pump, regulating water output is much easier.

Typically, these filters use air to move water through the media as opposed to pumping water in and out of the filter.

As a case in point, HOB and canister filters all pump water through the media. By contrast, bubble-up filters make use of air pumps that connect to the filter via tubing.

To regulate output, all you have to do is change the amount of air going from the pump into the filter.

There are also all kinds of air tubing valves on the market that work just like a sink faucet handle. You can purchase valves that only regulate one line or ones that regulate several lines using the same framework. Multi-line valves are referred to as gang valves.

If you are using an air pump as part of a filter system, you should always keep a check valve on each line exiting the tank.

Depending on how the system is arranged, water can be siphoned out of the tank if the pump stops working. A check valve will prevent that from happening.

How to Get Around Leaking Air Valves

Unlike your sink faucets, aquarium filter valves aren’t made of metal. Instead, they are often made from plastic that isn’t always as precisely molded as needed for preventing air leaks.

These valves are also impossible to fix because they are so small and impossible to take apart without causing even more damage to the areas that must seal.

Depending on the amount of air leakage, it may be impossible to get a stable airflow into the tank.

If you do happen to find a spot where the valve seals properly, there is a good chance the airflow will be too high or too low for your needs.

These are just a few reasons why I don’t always recommend using a gang valve. Usually, if one valve is poorly constructed, the others will also be in similar conditions.

Over the years, I have found it best to purchase single valves for each line going into the tank. This makes it easier to weed out defective valves.

As the valves wear out, it is also cheaper and easier to replace just one valve instead of a whole unit.

The easiest, cheapest, and safest way to reduce flow from a HOB filter involves using a disposable water bottle to spread out the dispersion of water from the filter.

All you have to do is take a plastic water bottle and cut both ends off. Next, cut the water bottle lengthways so that you can open the bottle up.

Next, take some tape and attach the bottle to the filter so that water flows into the bottle. From there, it should flow from both open ends into the tank.

You can also poke some holes in the bottle so that some water will also drain along the way to each end of the bottle.

Airstones can come in many shapes and sizes. They are porous stones that have a tube drilled into them. When you hook the tube up to an external pump, air blows through the stone.

This can work on a bubble-up filter, or some sponge filter models. It won’t be of much use to add an airstone to a HOB, canister filter, or other power filter outlet.

On the other hand, you can use airstones to break up water movement within the tank.

For example, if you notice betta fish and weaker fish getting trapped in an area, you can try and use an airstone in that exact spot to see if you can break up the flow.

To do this effectively, you may have to use a valve to regulate the amount of air going into the airstone so that it doesn’t release too much air into the tank.

A spray bar is an attachment that goes on the outflow port of an aquarium filter. Instead of the water falling out of the port in one stream, it’s piped through the bar.

To see that, watch this short clip:

As the water goes through the bar, it leaks out from evenly spaced holes in the bar.

Usually, these devices are only available for canister filters. If you need something similar for a HOB filter, you may have to design something on your own.

Just be aware that an impediment to water flow in a HOB filter setup can easily lead to an overflow.

If the overflow exits the tank, then it can easily empty it in a very short period of time.

Along with destroying the biological filtration in the tank, it can also kill off the creatures in the tank if there isn’t enough water left for them to live in.

1. Can media type reduce the flow rate from an aquarium filter?

Denser mechanical filtration media can reduce outgoing water flow regardless of filter type. The problem is the pump will continue to move water at a faster rate than it is going out.

If the pump is moving water directly as opposed to using air, then there is a very good chance the filter will flood. HOB and high-capacity canister filters are especially susceptible to this problem.

This is why you have to be careful about density changes as the media becomes filled with debris and alga as well as when using DIY materials.

2. Will reducing input to the filter reduce output for HOB filters?

Reducing flow rate by putting a sponge or some other pre-filter media on a HOB inlet will slow down both input to and output from the filter.

In this case, however, you are putting excess strain on the pump. Over time, the impeller and other mechanical parts may wear out much faster and lead to leakage from the tank or other problems.

3. What about using a filter with a lower tank capacity rating?

If you look at different aquarium filter models offered by any given manufacturer, you will notice they pretty much look alike.

Under the hood, they are also very similar. A lower flow rate filter may have less room for media or a weaker pump when compared to a higher capacity model.

Depending on how the filtered water is released back into the fish tank, it may generate the same amount of aquarium filter flow regardless of the filter capacity.

As a result, I don’t see this as a viable option for reducing aquarium filter output.

To make matters worse, the decreased capacity means you will have to change the media more often or deal with other problems.

Knowing how to reduce the flow of an aquarium filter is very important if you want to keep all inhabitants of the tank happy and healthy.

Reducing excess currents in the tank can make it harder for aggressive fish to bully weaker ones. It can also make it much easier to manage injured fish or ones that require gentle water for good health. 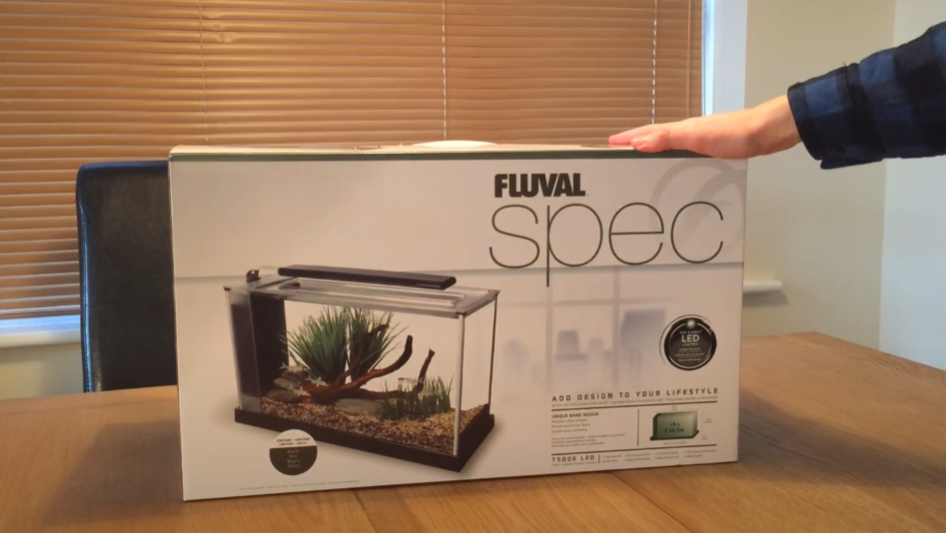 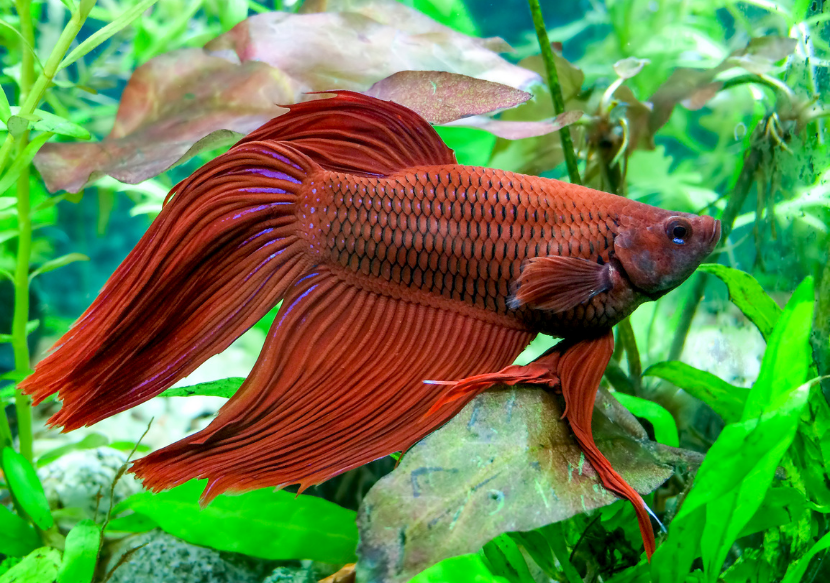